Long-Term Disability Insurance Brings Stability and Confidence to Your Life

Life can be unpredictable, to say the least. We all like to believe that we have at least a modicum of control over it, but the truth is that things can take unexpected turns very easily. Are you ready to face those unexpected circumstances and challenges? Do you have the protection you need in place to weather the storms that you'll encounter?

Long-term disability insurance (also called LTD), is one of the most important forms of protection to have in order to ensure that you're able to face whatever life throws your way. This type of insurance is designed to kick in when you're unable to work due to long-term illnesses and injuries, and protects your financial present and future through regular monthly payments if you cannot work.

Get Your Free Disability Insurance Quote in Less Than a Minute!

We’ve helped thousands of people find the right insurance protection for their needs, while saving a dramatic amount of money at the same time. Compare long-term disability insurance quotes from names you know and trust, right now. 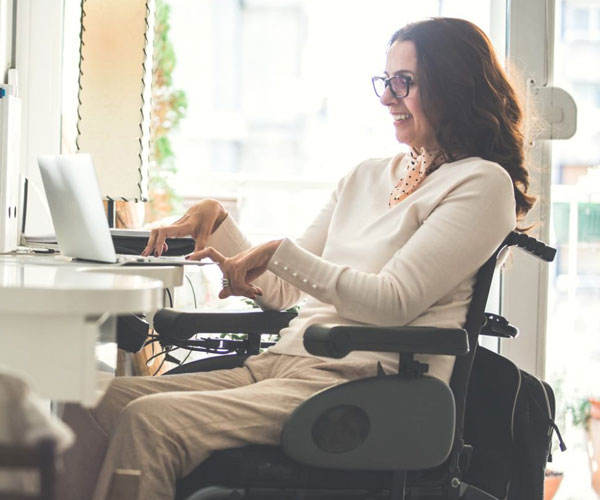 Anita was successful, by all accounts. She had a happy marriage. Her daughter was smart and talented, and her new business was thriving. It was an exciting time, but it changed dramatically for the worse.

Winter set in, and Anita was working longer and longer hours filling orders for her clients. She knew she wasn’t taking the time she needed to let her body rest and heal, but she couldn’t justify the downtime.

Not long after, she ended up in the emergency room. She was diagnosed with pneumonia and COPD, and ordered to take meds and get bed rest. Her health insurance paid for the time in the hospital, as well as for the doctor’s bill and her antibiotics.

The problem was the time she was forced to take off from her business. It would be weeks before she was up and about, and months before she was really back in the action. Without her at work, there was no one to fill client orders or do the work. Her income dried up, and the situation only worsened as her bed rest continued.

Ultimately, Anita’s business almost failed outright, and her family was put into a very serious financial situation simply because there was no way to offset her loss of income while she was recovering from her illness.

This situation could have been avoided completely if Anita had had long-term disability insurance. A comprehensive policy would have provided her with the income she lacked while out of work, ensuring that her family wasn’t affected by that loss of income.

Millions of Americans are in the same situation as Anita – a single illness could spell financial disaster. An unexpected accident could mean ruin.

The Startling Number of Americans without Long-Term Disability Insurance Protection

According to the Social Security Administration, more than 2.3 million Americans applied for disability benefits in 2016. However, less than half of those applicants actually saw any payments from the SSA. More than 50% were denied.

Long-term disability insurance is one of the most overlooked forms of protection today, yet one of the most essential means of protecting your financial future. Consider the fact that 25% of workers in the United States will ultimately suffer some sort of disability. Of those who are injured or ill, almost 40% will suffer from disabilities that last a minimum of five years, and many will last much longer than that.

Many of these are related to accidents on the job, but many are not. Accidents can occur anywhere – in the home, out in public, while driving on the road – and leave you financially insecure.

If a healthy person has a 25% chance of being disabled during their lives, what risk factors does someone who leads a less-than-healthy lifestyle face? The sad news is that most Americans fall into this category, and that they face significantly higher risks of suffering from a long-term disability or illness.

In fact, lifestyle factors play a greater role in the possibility of you suffering from a disability than dangerous occupations do. Some of those factors include the following:

Of course, there are many other contributing factors here, including eating an unhealthy diet, a family health history that indicates predisposition to certain diseases and conditions, and more. 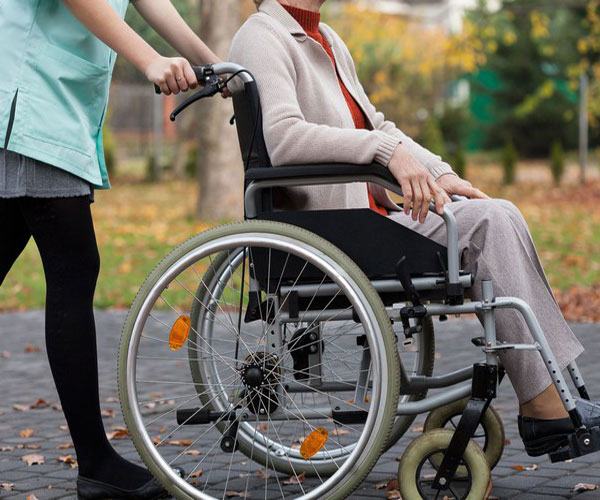 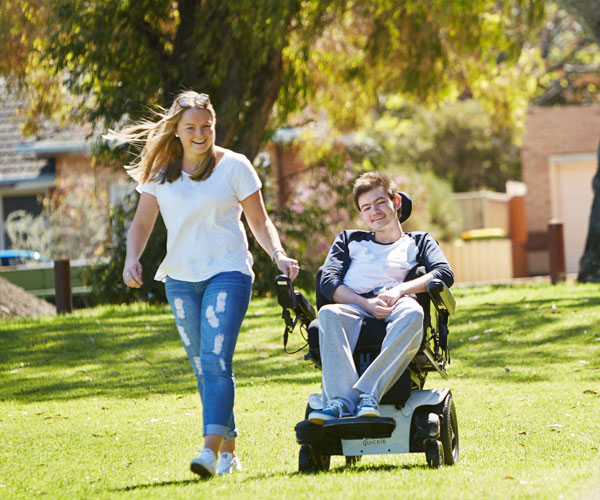 How Great Is Your Need for Long-Term Disability Insurance?

For most healthy people, it’s easy to downplay the need for long-term disability insurance. After all, you’re in good shape, and you’re still able to work. What could go wrong? That’s the problem – everything goes fine, until it doesn’t. Long-term disability insurance is about protecting your financial future and that of your family against the threats of accidents and illnesses, none of which can be predicted.

Most Americans believe that they don’t need long-term disability insurance coverage. In fact, only about 2% of working Americans say they see a significant need for this type of protection. Sadly, the statistics show a very different story. Remember – in 2016 alone, 1.5 million people in America applied for disability through the Social Security Administration. How many of those people thought they didn’t need any form of long-term disability insurance protection?

You also need to understand that most states do not offer any sort of long-term disability protection, and most employers do not carry this type of insurance, either. Workers’ compensation is about as close as you get, but that only applies to accidents that occur at the workplace.

Social Security disability through the federal government is available, but as we’ve illustrated previously, most people will never qualify for it due to stringent qualification requirements. Where does that leave you?

While long-term disability insurance delivers a broad range of benefits that can make life simpler and easier if you find yourself ill or injured, the real benefit here is peace of mind.

You know that you’re protected should an accident happen, and leave you unable to work for several months.

You know that if you suffer a severe illness and are unable to work for several months, you have financial protection.

Some of the other benefits long-term disability insurance can provide you include:

Avoid Financial Destitution: What would happen to you or your family if you weren’t able to work for several months? This can place an immense financial burden on your family. In America, 50% of all foreclosures and 62% of all bankruptcies are directly related to medical injuries and illnesses. Long-term disability insurance prevents you from becoming yet one more statistic.

Income You Can Count On: If you don’t have long-term disability insurance coverage, you’ll be out of work, and not able to bring in any money for the duration. That means your family will be short your income. With long-term disability insurance, you receive monthly payments. It provides you with a source of income to help offset your loss of work.

Additional Coverage: While not true for all long-term disability insurance plans, some options can cover items that are related to your illness or injury, but not covered by your health insurance. For instance, some of those items might include wheelchairs, or even in-home care in some situations. 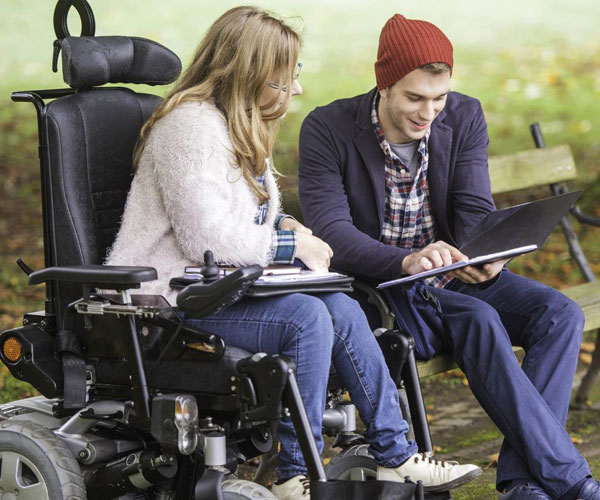 Not sure how long-term disability insurance works? It’s actually relatively simple. Once you’ve applied for and received your LTD policy with an insurance carrier, you’re covered. When you become ill or injured, you simply wait the pre-determined amount of time determined by your elimination period, and then you’ll begin to receive payments from your insurer.

The length of time you receive payments can vary significantly and will depend on the benefit period you evaluate. Once you’ve completely recovered and have gone back to work, your long-term disability insurance benefits stop and you’ll begin earning a regular paycheck once more. 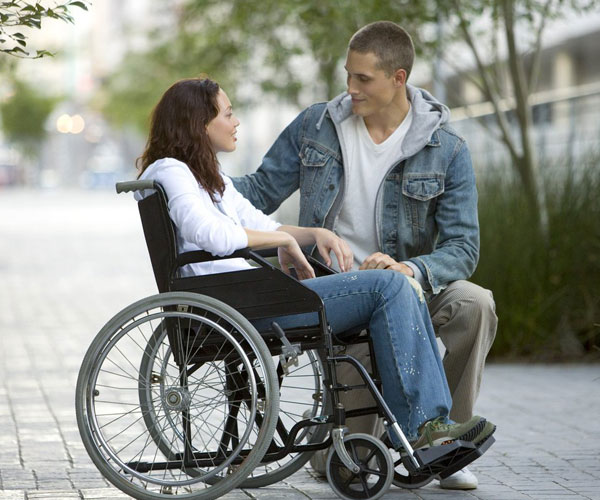 Truly, everyone can benefit from having long-term disability insurance protection. There is not a single instance in which this type of coverage does not provide security and peace of mind. For instance, singles often go without LTD, simply because they don’t see the risks. However, they may be at greater risk – they lack a partner or spouse to offset their loss of income if they become ill or are injured.

Families, particularly new families with young children, also need significant financial protection. Being injured can mean a massive reduction in your income, which would affect everything from childcare to your ability to pay for health insurance for your children.

Older families also benefit from having long-term disability insurance. This type of protection is particularly important for those on a fixed income, where an injury or illness might create additional medical bills could lead to financial trouble.

Of all the groups that can benefit from long-term disability insurance, business owners have perhaps the greatest incentive. After all, what would happen to your business if you weren’t capable of running it for several weeks, or months? What if you had to take a year off? What would you do about making payroll? What about paying rent on the business space, or other overhead costs? 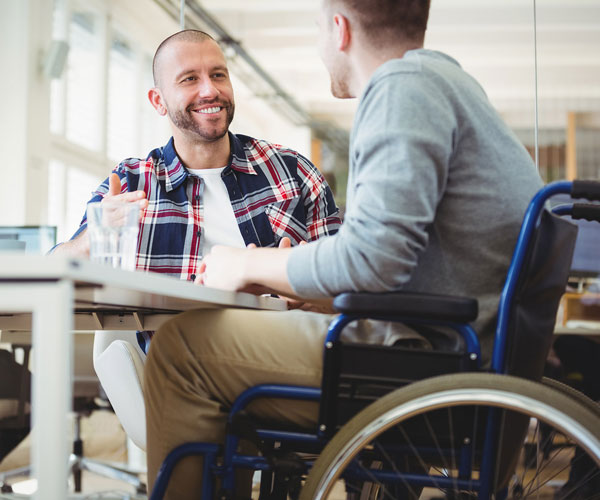 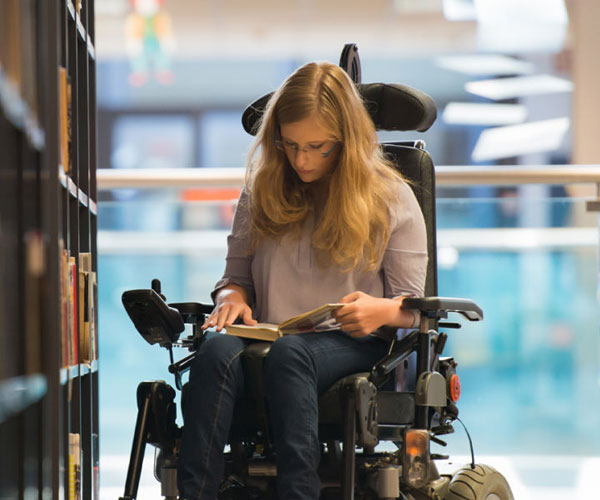 Why Work with a long-term-disability-insurance.com Agent?

Why work with an agent to find the long-term disability insurance protection you need? Can’t you do the same thing on your own? The answer is yes and no. Yes, you can apply with various insurance companies, compare their options and eventually find a policy. However, the problem is that it takes an immensely long time to do this on your own, and there’s no guarantee that you’ll find the right LTD policy.

A disability insurance agent works for you, not for insurers, and can help ensure that you’re able to make an informed, accurate decision regarding your long-term disability protection. You can compare rates, coverage items, additional options available from specific insurers, and more.

Waiting Is Not an Option